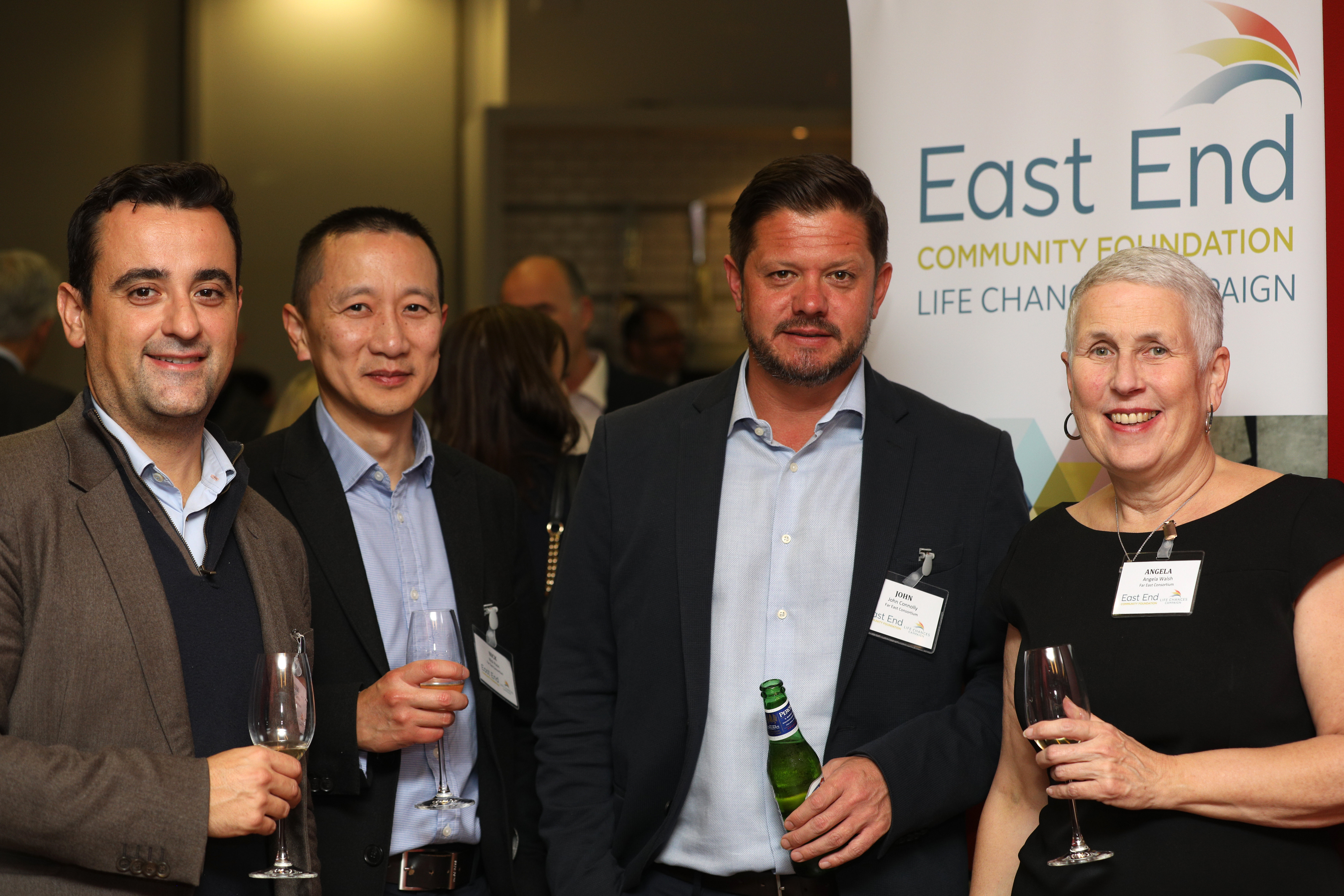 Far East Consortium (FEC), the leading property developer behind Consort Place and Ensign House in Canary Wharf, is delighted to announce that they are a Life Chances Campaign Patron for East End Community Foundation (EECF).

On the 20th of October at London’s Hiscox Art Café, members of the FEC team attended a launch event for the Life Chances Campaign, to show their support for the charity and to learn more on the work being done to regenerate and positively engage with the East End community. Leading City and Canary Wharf-based companies, government officials, and philanthropists were also present.

The Life Chances Campaign, newly launched to help London’s most deprived communities recover from the devastation of the pandemic, is an initiative of the East End Community Foundation, which works to improve lives in the East End of London. With the support of local businesses and philanthropists, the campaign aims to raise and distribute £5 million to grassroots organisations supporting the most vulnerable people in the district. The campaign will focus its resources to improve the wellbeing of and employment opportunities for young people, tackle digital exclusion, and reduce poverty and isolation among older people.

The East End – specifically the London boroughs of Tower Hamlets, Newham and Hackney – has historically been home to some of the highest levels of poverty in London, and indeed the UK, with record levels of unemployment, child deprivation, and isolation among older people. These communities have been hit hardest by the pandemic, and as a result, over 50 per cent of children are now living in poverty, more than half of all older people are income-deprived with even more suffering from loneliness and isolation, and mental health issues are at record levels. Moreover, approximately 50,000 homes in Tower Hamlets are without internet, creating a major barrier to accessing online learning, vital public services and employment opportunities, pushing families deeper into poverty and widening the education gap between rich and poor children.

Angela Walsh, Director of Sales & Marketing at FEC says: “As a developer who has major projects underway in the business heartland of the East End, it was important to FEC that we aligned with a campaign that really gives back at grassroots level and helps our team engage with the cultural landscape of the area. As patrons, we are looking forward to becoming directly involved with the good work of the charity and taking part in the various fundraising and volunteering activities in the coming months, which are always fun and highly rewarding.”

Tracey Walsh, Chief Executive at East End Community Fund also comments: “We’re really grateful that FEC has generously pledged their commitment to the Life Chances Campaign. Having a prominent business, with a foothold within the area, who are on-board and passionate about supporting the local community, means we can collaborate and create much-needed opportunities for the residents of the East End.”

In 2024, FEC is due to complete on Aspen at Consort Place – a new mixed-use development and lifestyle offering located in Canary Wharf. Consort Place, a new public realm, will have a multitude of cafes, bars and a restaurant, a community hall, an education facility and health centre, helping to connect residents to the daily life of the local community in East London. Furthermore, FEC has recently reached an agreement with Clarion Housing Group, the UK’s largest social landlord, to deliver 139 new high-quality affordable homes within the same development, helping to meet the demand for affordable homes in the London Borough of Tower Hamlets.

To find out more about the Life Chances campaign, please visit www.eastendcf.org/LifeChances.